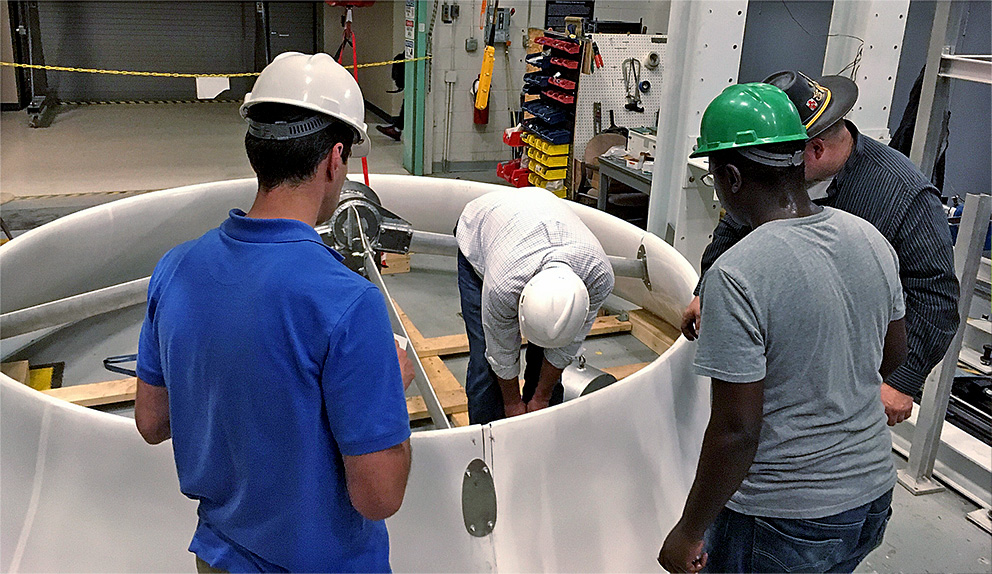 Power and Energy Are Not The Same!

It is important to understand the differences when considering a wind turbine system. Turbines are typically described or rated with a certain power value, however it is the energy they generate over time that is more important. We use and pay for energy. Companies charge by kWh usage, which is energy. Power, measured in kW, is just a measure of how fast we use energy (kW=energy/time)

The power that a wind turbine sees depends on the cube of the wind speed. Specifically:

An example will help to illustrate this: If the average windspeed is 10 mph, the power is proportional to 1000 (assuming 1/2 *air density*rotor area is a constant, say, for instance, 'C'). An average of 10 mph means the wind blows at 10 mph all day, 24 hr/day all year. However, we can also have an average of 10 mph if the wind blows at 5 mph for half the time and 15 mph the other half. In this case, the power is proportional to 5^3 = 125 for half the time and 15^3 for the other half or

Energy is the power the turbine generates multiplied by the time it is generating that power. Following this line of thinking, one might be tempted to use your average windspeed to calculate the power and then multiply by some time period to get the energy available. Unfortunately, this will lead to serious error estimates, since the average windspeed depends on the amount of time the wind is at different speeds over the given time period.

It is very important to understand that when calculating how much energy your turbine will produce, you need to know the time the wind spends at each speed over a certain time period. This is called the wind speed probability distribution function, or PDF, and is used to calculate the energy.

To properly calculate the wind energy that can be produced,  the actual power curve of the turbine must be multiplied by the wind distribution PDF and then integrated over an annual time period. This is the only accurate way to estimate the energy a wind turbine can produce for a given wind resource.